Why did Satan tempt Eve? 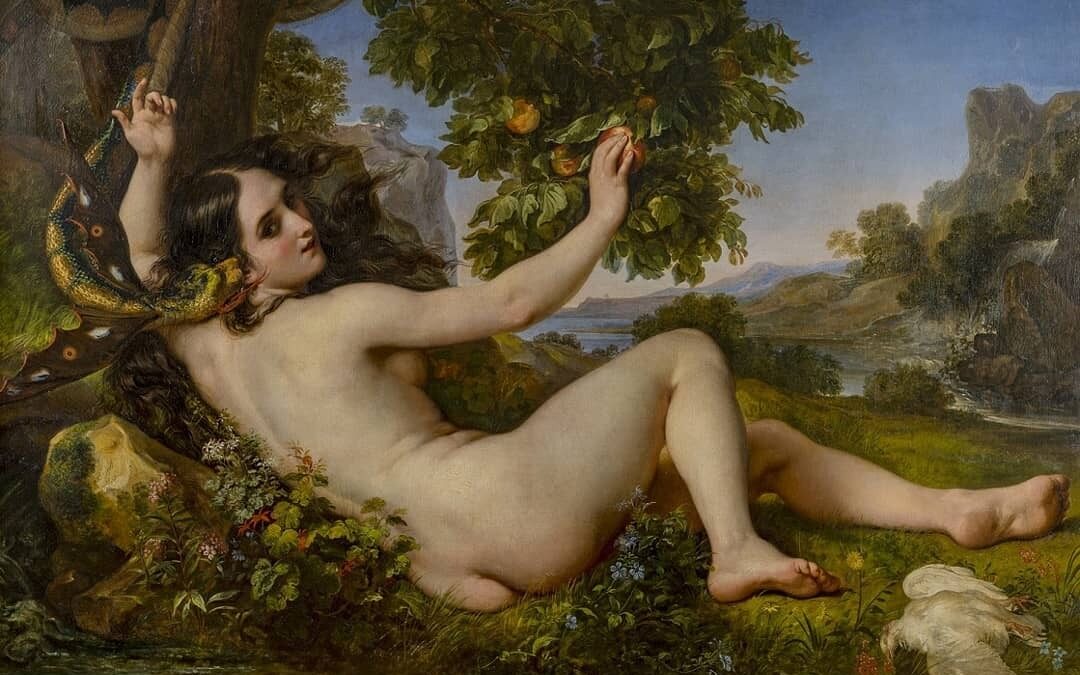 The question of why Satan targeted Eve and not Adam in his temptation in the Garden of Eden has been asked repeatedly; not just over the centuries, but in many Theology of the Body talks I have been to and delivered over the last ten years. It is my hope that the ideas and insights presented here will offer a new perspective and shine some light on this question. In no way do my thoughts here or even the thoughts of my teachers in the Theology of the Body claim to have settled this discussion once and for all. Hopefully it will merely encourage you to take this to prayer and ponder this mystery much deeper.

To begin, Satan has a diabolic hatred for male and female, because Scripture tells us they were made in God’s image after God’s likeness (Gen 1:26) and they were called to become one flesh (Gen 2:24). St John Paul II called the union of man and woman the primordial (or original) sacrament. In the beginning, prior to the fall into sin, male and female were the only sacrament or visible sign of the invisible reality of God (see TOB 98:3). If Satan hates God, is it any wonder that he hates the visible sign of the divine mystery (man and woman) with so much passion and fury?

Satan tempted Adam and Eve in the garden because one of his primary goals was to destroy the communion of man and woman.  The family, as St John Paul II says, is an image of the Communion found in God (see TOB 9:3) and so Satan aimed his arrows right here. To do this, Satan strategically attacks both the man and the woman in their respective roles in imaging God.

Let’s examine “their respective roles in imaging God”. Our sexual identity as male and female, maleness and femaleness, are revealed through the body. I am a man not because I ‘feel’ like a man, but because I have a male body. Our sexual identity reveals a specific mission and manner of loving in the image of God. Our sexual difference makes sense only in light of our calling to become one flesh and be fruitful and multiply. It is through our sexual difference that our mission to love is revealed and distinguished. The man gives the seed outside of his body, and the woman receives the seed and conceives new life inside of her body. This is of great theological significance.

Within the “spousal analogy” John Paul II makes clear that God is the Bridegroom and humanity is the bride. God is the lover who gives the gift of His Divine Life and Love to us, his Bride, in the hope that we would freely receive (and nurture) that gift from Him inside of us. John Paul II says that because of this, woman is the model and archetype of the whole human race. Woman represents most perfectly, because of the manner in which she is called to love, what it means to be human (see Mulieris Dignitatem 4). We could even say that woman is the icon of receptivity in the world.

It is for this reason that Satan aims his diabolic attack at the human race, towards Eve, who is the model of all humanity. Satan knew that if Eve were tempted to disobey God, she would receive and nurture this lie, and in doing so, man and woman would reject their posture of receptivity and trust in God as their Father. Satan did not tempt the woman because she was the weaker of the sexes. This is a grave misunderstanding of the dignity of woman.

Interestingly, by tempting Eve, Satan strategically tempts Adam and his mission. Why? Adam was given the clear command from God to ‘till and keep’ the garden. This accurately translates to ‘serve and protect, or defend’ the garden and everything in it, including his bride, Eve. Where was Adam, the protector of his wife and the garden, when Eve was being tempted? He was standing right there, and he failed to step in and defend his wife from Satan. He allowed the serpent to enter the garden and confuse his wife while he was silent. He did not step in to support her when she was confused and put words in God’s mouth (see Gen 3:3). He watched her take the fruit and eat of it, then received it from her to eat afterwards (Gen 3:6). This is a tragic example of fallen manhood, and it was just as much the fault of Adam as it was of Eve to commit the Original Sin.

Satan knew that by tempting Eve as the model of humanity, he was also attacking Adam’s mission to be the protector and defender of his bride. Satan attacked Adam and Eve as a married couple, as an icon of the Communion of God in their respective ways of imaging God. This brought destruction to the primordial sacrament of marriage, which ruptured the male-female relationship and destroyed man’s posture of receptivity before God.

Satan brought about the bad news of sin, but the good news is that Jesus came to redeem and restore man to the purity of our origins! Have hope in the redemption Christ came to give!