The Entrance of Shame 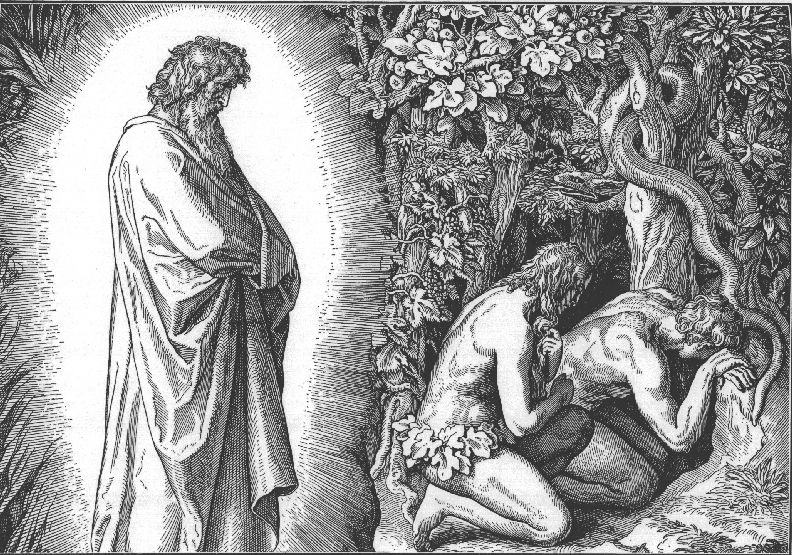 I was recently asked a question about the human experience of shame. Why do we cover our nakedness? Why do we sometimes fall into despair after we sin? Why do we find it hard to see ourselves as beautiful? St John Paul II has much to say on this human experience.

Genesis 2:25 tells us that “Adam and Eve were both naked and were not ashamed”, after they saw each other for the first time. This is a loaded verse; one, which St John Paul II believes, is a key verse in understanding our humanity. Before Original Sin, Adam and Eve saw their bodily nakedness, as a call to love one another in the image of God. They looked upon each other with what John Paul called, “the peace of the interior gaze”. This is an in-spired (God breathed) look of love that they shared with each other. However, after they are seduced by the Serpent (Gen 3:5) and eat from the Tree of Knowledge of Good and Evil, sin and death enter their hearts, and it changes everything! Genesis 3:7 says, “Then the eyes of both of them were opened, and they realized they were naked; so they sewed fig leaves together and made coverings for themselves”. It is here that the “death” that God warns about takes place (Gen 2:17).

The death is not an immediate physical death, but rather a profound spiritual death. The death is a rupturing of the perfect union between the body and soul. It is a loss of virtue and freedom; the desire and ability to do the good always and every time. Now they would find it difficult to act in accordance with the good, it would be difficult to be virtuous. Concupiscence (the disordered desire for sin) enters their hearts, and they are robbed of the original innocence they both enjoyed up until this point. They also lose “the peace of the interior gaze,” no longer seeing the other as God sees them. They did still view each other as a good, but in an imperfect way. They saw each other as goods that could be selfishly used as a means to an end for their own pleasure and gratification. This is a true death.

It is the woundedness brought about by this “death” that leads Adam and Eve to experience shame. Shame enters humanity in a twofold way, St John Paul says. The first is immanent shame, which is the shame experienced within oneself. Immanent shame is what makes it difficult for many of us to experience a true self-love, to be proud of who we are and see ourselves as beautiful just the way God created us. It makes it difficult for us to see the image of God stamped into our bodies. It is this immanent shame that can often lead us to despair in an unhealthy way after we have committed a grave sin. After sin, it is good to experience a sense of guilt, but we should never feel ashamed. Guilt says, “What I did was wrong, but God is merciful and He will forgive me if I ask forgiveness because he loves me as his child.” Shame after we sin says, “What I did was wrong, I can’t believe I did that. God is merciful but he would never forgive me for doing that, I am weak and worthless and he could never love me after I acted that way.” If we look at Adam and Eve’s response to sin in the garden, it was one of shame. And what did this experience of shame lead them to do? Hide from God. We must never hide from God, but rather turn to him in humility and sorrow, where he waits with joy to forgive us!

The second is relative shame, which is the shame experienced in relation to another person. In the beginning, our nakedness revealed that human persons were in covenant relationship with God, and that we were totally accepted, affirmed and loved. However once the rupture of body and soul occurred, humanity felt a sense of worthlessness and non-acceptance within himself. The body as a gift to be loved was tarnished in their eyes, and so they covered their bodies. There was almost, we could say, a sense of repulsion at their own bodies, or more accurately, a repulsion at the concupiscence they now experienced through their body. This is what St John Paul II called “Negative Shame.”

Negative Shame is, however, not totally evil. There is a silver lining here. If shame were totally evil, then Adam and Eve would not have covered their bodies, but rather flaunted their nakedness and indulged in each other’s bodies “shamelessly”. The fact that they covered themselves was not just because they were ashamed of themselves, but also because they recognized that the goodness their bodies do possess, must never be lusted after or used by another person for enjoyment. The dignity of every person demands that they be loved, and never used as a means to an end. This is what St John Paul II calls “Positive Shame.”

The fact that we wear clothes in a fallen world is a good thing, and it highlights the fact that you and I understand the beauty and dignity of our bodies. We do not cover our bodies because they are sinful or dirty, but rather to shield and safeguard our bodies from the potentially lustful looks from another.

This life truly does become then, a journey of restoration of fallen humanity, to the state of original innocence our first parents once experienced. We will never attain the perfect purity that they experienced prior to sin, but this is the pursuit of the Christian life. With faith, and patient perseverance, we can recognize a shift in our brokenness towards the unity of soul and body in increasing ways. This brings great joy, and hope! Do not be ashamed of your woundedness – rather open it up to Christ who will restore in us what has been lost through sin!