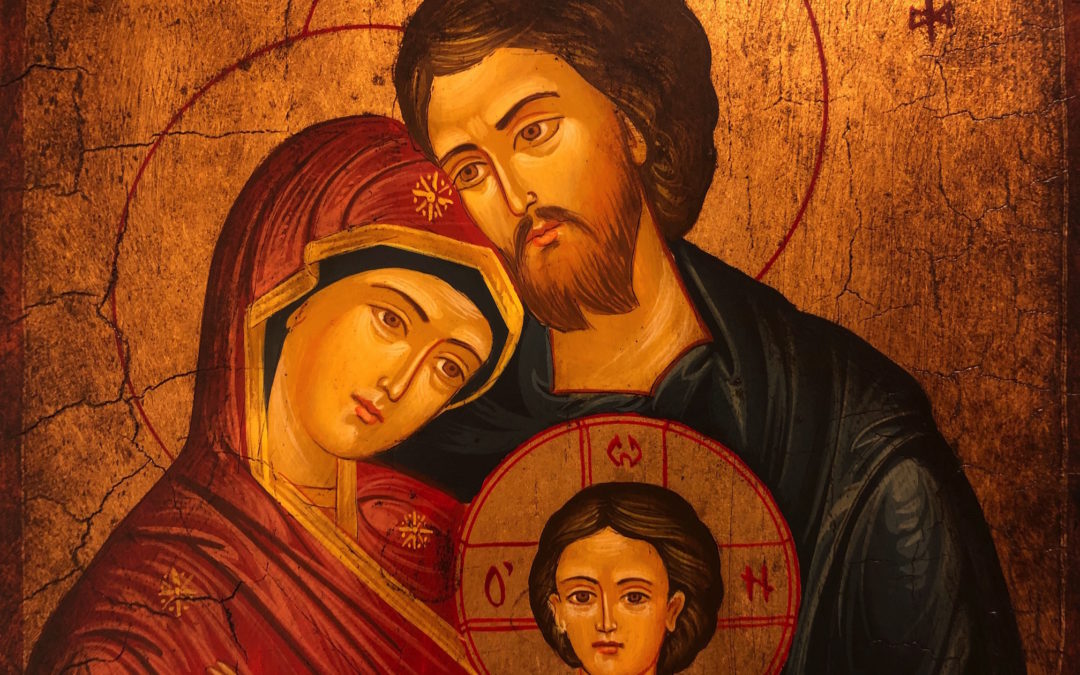 When I used to hear people talk about God working miracles in their lives, it would frustrate me. I would think; “what’s so good about them that God would do these amazing things for them?” If you’re anything like I was, perhaps you think that God only works miracles in the lives of the super-pious amongst us who are way closer to God than we could ever be. Thankfully, my own experience has since proved me wrong.

In 2016 my wife and I had been married for almost three years and were childless, although we had wanted to have a child for some time. We had been seeing a NaPro (Natural Procreative Technology) doctor and went through a series of tests and treatment over the course of about a year before it started to take its toll, and so decided to take a break.

During this time we considered our options and talked a lot about adoption. I remember a friend had mentioned the possibility of fostering, which I quickly dismissed. I was definitely open to adoption, but fostering was a step too far. I couldn’t imagine pouring out love on a child and then having them taken back. That was just too hard.

That year on the Solemnity of St Joseph, 19 March, my wife and I attended a parish event. We heard a talk on St Joseph that had a huge impact on me. I hadn’t thought too much about him until that point, and I remember being incredibly inspired by the example of Saint Joseph as husband and father. One thing in particular that struck me was that St Joseph wasn’t a biological father. He was in essence a foster father, but still a true father to Jesus. For the first time I felt genuinely open to loving in this way, as a foster father.

After the talk we had an opportunity for Eucharistic Adoration. I knelt in front of the Blessed Sacrament asking for the intercession of St Joseph. I prayed “St Joseph, help me be a husband and father like you. If God wants me to be an adoptive father or foster father, I’ll do it.” My prayer was genuine. I continued, “but if I have a biological son, I promise to call him Joseph.” I’ll be honest, when I prayed this, I hesitated; “do I really mean that?” My hesitation came from the fact that my wife and I had long before decided to name our first son John Paul. There was never even any other consideration for us, so you can perhaps imagine my slight hesitation here. Nevertheless, I was truly inspired and felt it was of God. “Yes, I do mean it!”

Some time passed and Sarah and I were celebrating our third anniversary. She handed me an anniversary card that included a P.S. ‘I think I’m pregnant’. I was in shock. I was so happy at hearing the news, but at the same time so anxious because we knew there were some factors that meant it was unlikely the pregnancy would ‘stick’. We went straight to our doctor that week to run tests. She told us that, strangely, the tests came back completely normal and that we would likely have a normal pregnancy. She also let us know that, based on Sarah’s chart, our due date was 10 December 2016 and our date of conception was most likely 19 March 2016. When I heard this my jaw dropped. As we left the doctor’s office I told Sarah about the prayer I had said that night and the promise I had made to name our son Joseph. She was incredibly touched by what had happened and, thanks be to God, went on to have a completely uncomplicated pregnancy. On 12 December 2016, we welcomed our son Joseph into the world.

There were a couple of things I felt God was really teaching me through this experience. Firstly, God wants to work miracles in our lives and He wants to use the saints as intercessors, helpers and examples. God raises up different saints for different purposes. We know the greatest saint is Our Lady, who by the way has worked some amazing miracles in my life. The next greatest, however, is her earthly spouse, St Joseph. I truly believe that God is raising up St Joseph as a genuine miracle worker for our current time. God wanted to work this miracle in my life through St Joseph’s intercession. Today is the Feast of St Joseph the Worker. Although he’s now in heaven, he’s still working just as hard by protecting the Holy Church, interceding for us and working miracles. He is your go-to man for a miracle right now. Not because he’s awesome in his own right, but because God wants to raise him up in this way. Since this experience, I’ve been inspired by this great saint so much that I now have a huge devotion to him. For his part, St Joseph hasn’t stopped demonstrating to me what a powerful intercessor he is.

Secondly, for God to work in my life I needed to let go of control. God doesn’t force Himself into our lives without permission. If you want God to work miracles in your life, you need to be open to His will, whatever it may be, and let Him do His work. In this case I had to put everything on the table including the idea of fostering a child. I had to give God my desire to be a biological father, and even let go of the name I was so firmly set on for my first-born. It’s no coincidence that the moment I surrendered these things was the moment God was able to work in my life in such a beautiful way.

I am by no means saying that if you don’t see God working miracles in your life it’s because you’re doing something wrong, you’re not open to His will or whatever else. God doesn’t wait until we’ve gotten ourselves together – and my wife and I can testify to that. We were working through jealousy, anger with God, lack of trust, all the rest of it – and still He stepped in. I am also not saying that if you let go of certain attachments, God will suddenly grant your every wish. God is not a genie. God loves us and wants our greater good: He wants to teach us, to draw us closer to Himself, to lead us to eternity with Him. Everything He does – or doesn’t do – in our lives is to that end. We simply need to make that act of trust, even if it means letting go of something we may really want. God’s will, after all, is infinitely more loving, merciful and beautiful than our own.

Of course, St Joseph knew this well. This is why he was able to so readily respond to God’s will in his life, even when it led him into completely uncharted (and probably terrifying) territory as head of the Holy Family. Don’t be afraid to open yourself up to God’s miracles. Let go and “Ite ad Joseph!”

Tomasz is married to Sarah and they have three young children. They met as teenagers in a parish youth group, but only really came to love their faith after being introduced to the Theology of the Body at World Youth Day in 2008. Tomasz has completed a Master of Arts in Theology from the University of Notre Dame, Sydney and has been working in youth ministry at parish and diocesan levels. He is currently Director of the Office of Youth Evangelisation for the Archdiocese of Hobart. Tomasz Enjoys hanging out with family and friends, sports, watching good movies and the occasional wild-fermented farmhouse ale.